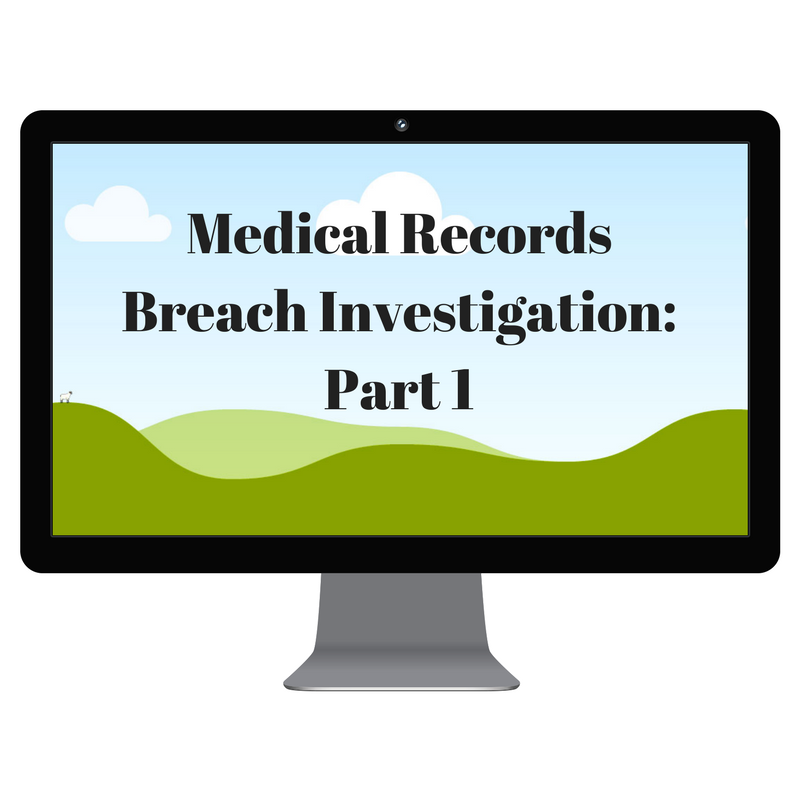 Students in cyber degree programs with little or no relevant work experience often only need examples to help guide their research for assignments.

Paying it forward by publishing this research paper meets both of the objectives above.

A Fortune 500 health care company received complaints from users about their systems acting cray cray after opening an email attachment from HR.

Cray cray was not a typo 🙂

An initial incident analysis uncovered some inconsistencies in the Snort IDS logs, so a digital forensics firm was hired to analyze the network, DB server, and impacted workstations for evidence.

The database server is a Microsoft Windows 2003 Server running Microsoft SQL Server 2008.   They also use Linux and Windows XP in their environment.

This is part 1 of a 2 part series describing how I would approach the a breach investigation per the given scenario.

As a matter of planning after being contracted to investigate a potential breach of their medical records system, Brager Security, hereinafter referred to as BragerSec, has established a work plan that incorporates requirements set forth by the Federal Rules of Evidence.

The following section will go into more detail using four principal phases of the investigative process in support of evidence gathering for potential litigation:

In identifying the assets associated with, or impacted by the breach, BragerSec will identify hardware configurations, model numbers, serial numbers, and properly catalog them as potential evidence, with coded tags, as an appendix into the work plan.

Additionally, photographs will be taken of the cataloged items and appended as part of the work plan.

For any computing assets, operating system versions, applications software, and relevant log source locations will be gathered and added to the work plan documentation.

An identification of potential data locations not connected with log data that may be of interest for this case will be documented as well.

Evidentiary acquisition preparation will begin with understanding the appropriate skill set(s) needed to extract digital evidence from the impacted assets, and ensuring that the investigator has the appropriate background to perform the extractions needed.

The forensic investigator will conduct interviews of the DB, Email, and network administrators to determine what he/she recollects about the chain of events leading up to the receipt and subsequent opening of the suspicious email.

Anomalous event data to add in chain re-creation will be of interest too.

Additionally, the forensic investigator will discuss the inconsistencies observed with the IDS with the network administrator to determine whether data evidence extracted from that source will yield usable data.

BragerSec will acquire the necessary software and hardware tools required for repeatable acquisition of evidence from the impacted assets. The team will also  use secure, anti-static evidence bags to collect any digital extracted evidence for preservation.

Once the relevant interviews and preliminary fact finding have concluded, BragerSec will proceed with acquiring digital assets from all impacted systems, including, but not necessarily limited to:

The team will collect these artifacts and properly catalog and label for further processing.

BragerSec, in support of potential legal proceedings or prosecutorial needs, will provide a complete and aligned work plan that documents repeatable processes for identifying, acquiring and preserving any digital evidence found during this investigation.

The team will take detailed notes of any deviations or special circumstances encountered while acquiring aforementioned digital evidence.

The forensics analysts will create and maintain chain of custody documentation for any digital evidence collected, in tamper resistance anti-static bags, with cataloged date and time of evidence acquisition.

Finally, all personnel will have another member of the forensics team walk through the work plan to ensure that following the details in the work plan reveal the same evidence set as the prior acquisition.

The storage and preservation of digital evidence collected in this case is of principal concern to BragerSec and as such will be leveraging anti-static, tamper-resistant evidence bags and standard chain of custody documentation that will require signatures of both the examiner/investigator, as well as the custodian.

Any subsequent need to access the digital evidence once preserved will need to re-establish chain of custody with both signatures from the investigator and custodian.

Steps that will be taken to process DB admin’s computer, including drive imaging:

A Forensic Analysis Log will be used to document each step to ensure the process complies with the requirements set forth for admissibility in the Federal Rules of Evidence. Additional caution will be taken since there is suspicion of malware on the machine.

Note that I used tables instead of a numbered list or bullet points because professors like to see tables and it makes it easier to think through all the necessary steps with a visual.

Bosses also like tables too, so this is a good habit to develop.

Some of the columns in the tables are not visible on mobile devices, so I recommend viewing on a regular screen.

BragerSec will extract the active memory profiles of the Window XP workstation, Windows Server (which houses the SQL Server) to look for evidence of system and continual infection by malware, or evidence of malware that is persisted in services or processes within memory.

[RELATED: Malware: How It Hides, Detects, and Reacts]

Additionally, antivirus logs will be extracted and analyzed to determine whether the malware damage or otherwise rendered the antivirus software inoperable, and further, whether the system detected the existence of the malware, but had no signature to remediate the infection.

Extractions of the system registry, system file areas, browser logs and browser histories, listening ports, and the application, security, and system logs are indicated in this investigation and will be acquired according to standard forensic principles.

The team will acquire and analyze the database logs for the SQL Server, looking for evidence of account creation, database drops, table drops or modifications, permission modifications, or stored procedure creation.

System, security, and application logs will be further analyzed to determine whether the operating system was leveraged to obtain access to the database and facilitate a breach.

BragerSec will extract and analyze a copy of the database administrator’s mailbox, including the infected email and attachment.

Email message logs will be extracted to determine whether the database administrator was the only recipient of the infected PDF, or it is there other recipients within the organization targeted.

Full headers for all email messages will be extracted where feasible, and reversing will be performed on the infected PDF in a sand-boxed environment to determine its mechanism of operation.

BragerSec will extract any network related data such as netflow logs that are available from switches where the impacted assets are connected, to determine the nature of communication that may have flowed through those devices during the breach. Netflow is important because internal communication data does not pass through the firewalls.

Firewall logs will also be extracted and parsed to identify the specific assets in question to determine what form of network traffic they were generating and where the traffic was destined.

BragerSec will also extract IDS/IPS logs after verification that the integrity of the logs is reliable, by evaluating the /var/log/snort and /var/log/messages logfiles to look for evidence of tampering or changes to the configuration of the IDS/IPS.

Here are my tips for passing the Security+ exam, resources for getting your CASP, and conquering the new CISSP exam.

Jobs will not come to entry level people, even with a degree and/or certs.  You have to put yourself out there.